Fluid is defined as a substance that deforms under a shear stress, no matter how big the magnitude.

There are some variables that need to be defined in order to find observe a fluid and its environment.

Density-> Mass per unit of volume

There are 3 different ways to express density in fluid mechanics
1.      Mass density -> r is the mass of the fluid per unit volume

a.       Reference Fluid being for water fluid at 4 degrees Celsius

Viscosity-> Fluid property that determines the relationship between fluid strain rate and applied shear stress. It may be see as a quantitative measure of the fluid’s resistance to the flow.

Dynamic viscosity-> Ratio between the applied shear stress and the rate of shear. This is the common viscosity we defined above

o   After several experiments Newton discovered a linear relationship between fluids like: water, oil and air.

o   Any fluid that fits into Newton’s relationship (stated as an equation) is considered a Newtonian fluid.

Time-> this would be the amount of time a fluid is put under stress.

Velocity-> Rate of change of position of an object showing the direction.

Fluid Mechanics is a topic that has many branches, these are:

Fluid mechanics can best be defined as: The study of the physics of continuous materials which deform when subjected to a force.

The ones we will focus on are Fluid dynamics and fluid kinematic as during the experiment our liquid as always in motion.

There is a fourth assumption that may be very useful. We may assume a fluid is incompressible, which means that the density of the

Fluid mechanics is also a branch of continuum mechanics, which we will also be defining and explaining.

·         These use apparent viscosity rather than dynamic viscosity

·         These types of liquids don’t take the shape of the container they are poured into.

·         Fluids that under shear stress is linear proportional to the velocity magnitude in the direction perpendicular to the plane of shear. 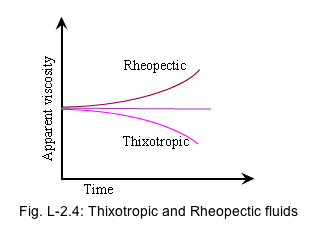